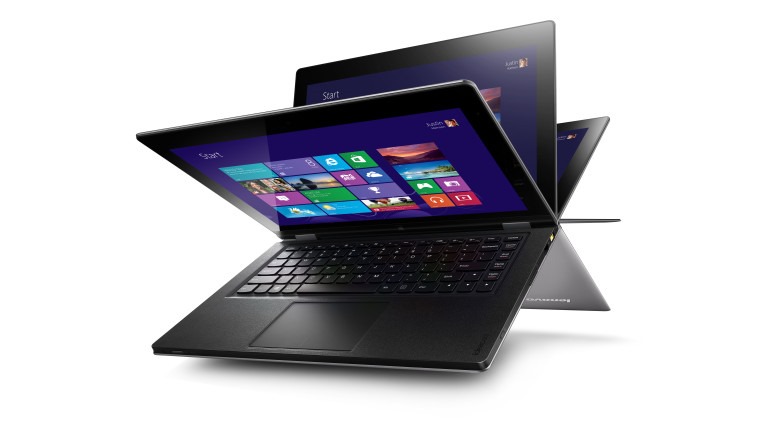 My wife’s desktop computer is eight years old. In fairness, it was good kit at the time, and the dual core, 64-bit AMD CPU and it’s four gigabytes of RAM are still more than enough to run her apps today. But the disks are slow and, frankly, it’s just getting tired. Time to get a new one…

I had no real preference whether we replaced the old computer with a new traditional-style desktop and screen, or an all-in one, or a convertible or even a tablet. The only thing I was firm about was that we should get a computer with touch, whatever the form factor. It’s not that my wife loves touch (in truth, I’m not sure she does…) but that’s the way we’re all headed and I wanted to make sure we got something that would last.

There aren’t many places in the UK to buy a computer if you’re not sure what you want and you need to look, feel, touch and play with the various options so we trotted off to our nearest big chain PC store. We wandered up and down the aisles and my wife examined a number of laptops, desktops and more. We left to get a coffee and consider, and she decided on the IdeaPad Yoga.

We’ve been buying Lenovo kit for the office for a while now. ThinkPads are built like tanks and keep on trucking, but they’re not the most beautiful of devices. However, I strongly believe that of all the OEMs building PCs right now, Lenovo are the only one who really grok the principles behind Windows 8 and have embraced those principles with lovely, functional design. At work the sales team use Twists, and Robert has a Helix. Lovely devices all. The Yoga is cut from the same cloth. From the packaging to the design to the materials it’s made from, the Yoga oozes quality and thoughtful design.

The outer casing is coated with something that makes it feel more like some kind of fabric. It’s grippy and easy to hold and carry. The inner surface around the keyboard is soft and rubbery. It’s great when holding the Yoga in tablet form but it’s also comfortable when typing. The keyboard is of the same Lenovo quality as my laptop, albeit with the now standard chiclet type of keys and the trackpad is big and accessible. It’s a very comfortable machine to use.

The model we got in the end has an Intel Core i5 CPU and four gigabytes of RAM. That’s plenty of power for what my wife needs and should still be enough a few years from now. The SSD inside ensures that storage is quick enough to make the whole thing feel snappy and responsive. It isn’t exactly overflowing with ports, and expansion isn’t much of an option but those aren’t high on the list. There is a single USB 3 port on one side, another USB 2 port on the other and an HDMI port. An SD card slot rounds off the list.

The thing that stands out when you see the Yoga is that double hinge which allows the screen to fold all the way back to transform the Yoga into a slate. I was dubious at first about the keyboard being exposed and how that would feel to hold, but I can’t say it’s bothered me. The keyboard is disabled as the screen moves past the point where the laptop is fully flat so you can’t accidentally press keys.

The design also allows the Yoga a neat party trick that Lenovo call ‘tent mode’ where you fold the screen back but not all the way. The result is a stable inverted V which allows the Yoga to stand freely – great for watching videos.

A better than average screen

One of the things that attracted me to the Yoga in the store was that, unlike almost every other touch-enabled (and non-touch, for that matter) laptop, it didn’t have a 1366×768 screen. That resolution is fine on my Surface RT, and I put up with it on my work X220 tablet, but on a screen bigger than ten or twelve inches its annoying and when you work with Office or other desktop apps, as my wife does, the extra real-estate makes a difference. Her desktop had, until one of them died, two 1600×1200 21” LCD screens. The Yoga has an impressive resolution of 1600×900 so she wouldn’t lose much desktop space. It’s also a lovely, crisp display. It’s a glossy screen, so it suffers with reflection in bright sunlight as all glossy screens do, but it’s lovely to use.

Windows reckons the battery is good for around 6 hours or so. Evidence so far supports that. What more can I say?

The form factor is a big win. I’ve watched as my wife has folded the screen back to use the Yoga in tablet mode and read on the Windows 8 Kindle app; I’ve seen her use it tent mode to watch YouTube and BBC iPlayer videos; she uses it as a laptop all over the house. Finally, she uses it with a second monitor and separate keyboard and mouse, with her scanner and one of our printers plugged in via USB.

My wife was insistent that she needed to be able to use any new computer to perform the tasks she did on the desktop. That means scanning photos and manipulating the resulting images, word processing and more. She wanted to keep the remaining 21” screen and like the idea of having a desktop keyboard and mouse for when she wanted to work at her desk. The Yoga doesn’t have enough ports to support all the peripherals she needed, and having lots of cables to connect is a pain. 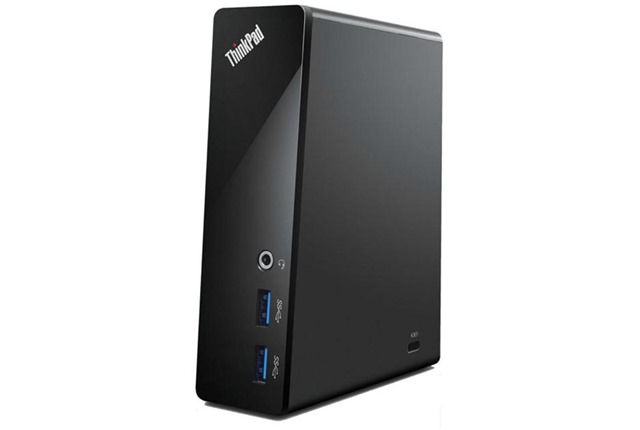 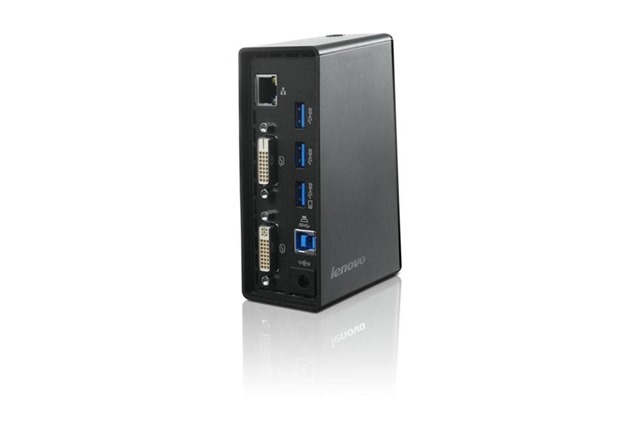 A single USB 3 connection to the Yoga gives five USB 3 ports for peripherals, an audio output jack, ethernet and two DVI ports. The accompanying software is needed to enable everything except the USB: DisplayLink for the DVI, USB audio and USB ethernet. I had the thing connected and working in less than five minutes and it just worked. With one cable to plug or unplug from the Yoga it transforms into a docked laptop with attached keyboard, mouse, scanner, monitor, speakers and physical ethernet for speedy transfer of data to and from our home server. It works quite happily other systems as well – it’s not limited to Lenovo PCs. Want to use your Surface Pro – no problem!

All in all I’m very impressed with the Yoga. My wife likes it and is happy with the choice she made. I think it’s good value for the cost and well specified too. Standout features are the quality and resolution of the screen, the always-reliable Lenovo keyboard and the innovative, flexible hinged form factor.

I can also heartily recommend the ThinkPad dock as a companion device for any USB 3-equipped laptop.