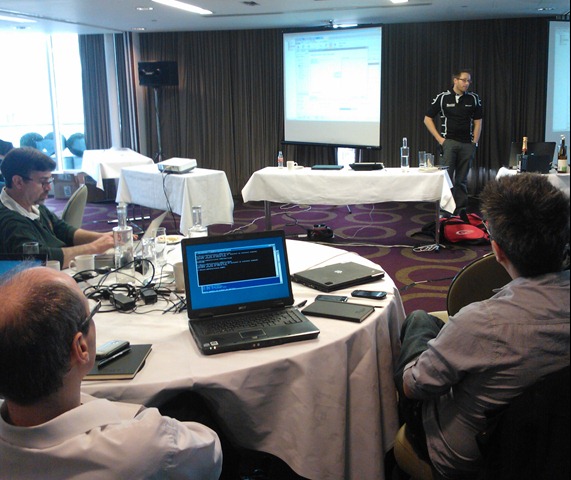 Yesterday was great fun and I was really pleased to see so many Black Marble event regulars at the IT Camp. It was great to hear so many requests for more events like it in Leeds. We’re all keen to run more, but we need people to attend and give us feedback in order to be able to do that.

I hope those of you who were there took away useful knowledge from the event. Andy and Simon were very keen that it should not be a day of PowerPoint and canned demos and we certainly delivered that. Did we have technical issues that meant we had to change plans on the fly? Sure! Certainly nobody we spoke to seemed to mind. All of us from Black Marble thought the concept for the day – one of interaction, audience participation and trying to build systems on the fly – should be fun and we thought it was.

I believe that the TechNet UK folks were tweeting and posting links to some of the things we talked about yesterday but I thought it would do no harm to round some of them up here.

I’m really looking forward to other camps. Andy and Simon want to keep the hands-on approach so you can look forward to playing with an installed SCVMM solution in the follow-up virtualisation camp, and the consumerisation of IT camp should be wild as we try to cover how IT pros can deal with the variety of devices that our staff (and our bosses) want to use!

As always, the page of details about the events is here!