As part of our IT refresh we have decided to move this BlogEngine.NET server from a Hyper-V VM in our office to an Azure website.

BlogEngine.NET is now a gallery item for Azure website, so a few clicks and your should be up and running. 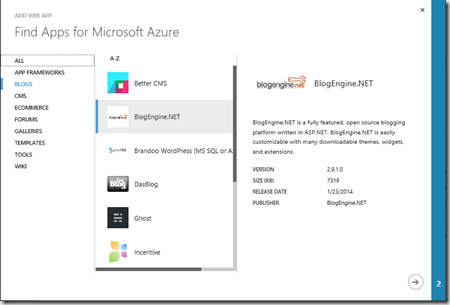 However, if you want to use SQL as opposed to XML as the datastore you need to do a bit more work. This process is well documented in the video ‘Set BlogEngine.NET to use SQL provider in Azure’, but we found we needed to perform some extra steps due to where our DB was coming from.

The main issue was that our on premises installation of BlogEngine.NET used a SQL 2012 availability group. This amongst other things, adds some extra settings that stop the ‘Deploy Database to Azure’ feature in SQL Management Studio from working. To address these issues I did the following:

Took a SQL backup of the DB from our production server and restored it to a local SQL 2012 Standard edition. I then tried the  Deploy to Azure 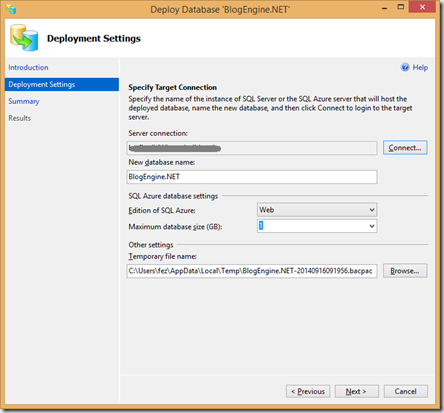 But got the errors I was expecting 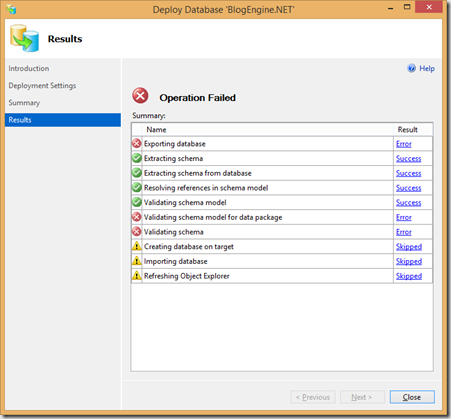 There were three types 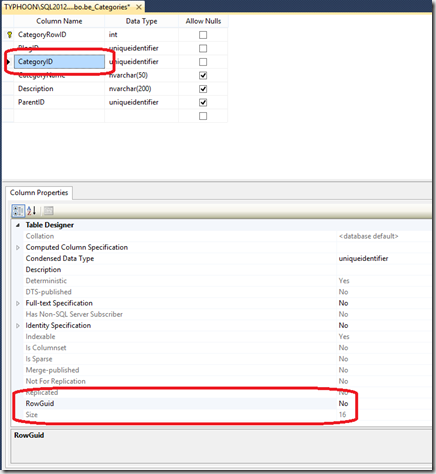 or via the query

Finally II had to replace the non-cluster index with a cluster one. I got the required definition form the setup folder of our BlogEngine.NET installation, and ran the command

Once all this was done in Management Studio I could Deploy DB to Azure, so after a minute or two had a BlogEngine.NET DB on Azure

The new DB did not have user accounts associated with it. So I had to create one

On the SQL server’s on Master  DB I ran

And then on the new DB I ran

At this point we could have created a new Azure website using the BlogEngine.NET template in the gallery. However, I chose to create an empty site as our version of BlogEngine.NET (3.x) is newer than the version in the Azure gallery (2.9).

Due to the history of our blog server we have a non-default structure, the BlogEngine.NET code is not in the root. We retain some folders with redirection to allow old URLs to still work. So via an FTP client we create the following structure, copying up the content from our on premises server

Unlike  in the video the only edit I need to make was to the connection string, as all the other edits had already been made for the on premises SQL

Once the revised web.config was uploaded the site started up, and you should be seeing it now

11 Replies to “Moving our BlogEngine.NET server to Azure”