I wrote a post a while ago about ‘should I buy a Kindle’, well I put if off for over a year using the Kindle app on my WP7 phone, reading best part of 50 books and been happy enough without buying an actual Kindle. The key issue being poor battery life, but that’s phones for you.

However, I have eventually got around to getting a Kindle device. They key was I had been waiting for something that used touch, had no keyboard,  but most importantly worked in the dark without an external light. This is because I found one of the most useful features of the phone app was reading in bed without the need for a light.

This is basically the spec of the Kindle Paperwhite, so I had no excuse to delay any longer. 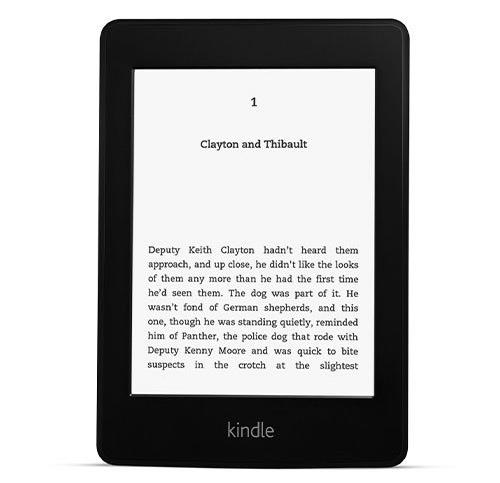 This week was my first trip away with it and it was interesting to see my usage pattern. On the train and in the hotel I used the Kindle, but standing on the railway station or generally  waiting around I still pulled out my phone to read. This had the effect that I did have to put my phone into WIFI hotspot mode so the Kindle could sync up my last read point via whispersync when I wanted to switch back to the Kindle. This was because I had not bought the 3G version of the Paperwhite, and I still don’t think I would bother to get, as firing up a hotspot is easy if I am on the road and the Kindle uses my home and work WIFI most of the time.

So I have had it for a few weeks now and must say I am very happy with it, I can heartily recommend it. I still have reservations over having to carry another device, but it is so much more pleasant to read on the Kindle screen. So most of the time it is worth carrying it and for when it is not I just use my phone.