Can’t make it to London for Microsoft TechDays?  Microsoft is running Connected Development in the heart of Yorkshire, with the top industry speakers from Microsoft and Gold ALM partners Black Marble and nFocus.

This event takes place at our usual venue: The Holiday Inn Leeds/Bradford.

Visit the TechDays site for more details including how to register.

Following our popular Architect Insight Forum in the North, Black Marble is delighted to bring you Microsoft TechDays in the North! 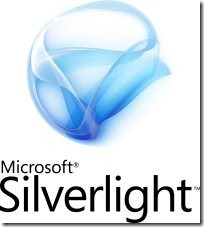 Microsoft are celebrating a number of product launches and innovations during TechDays: a week of technology and social events. Black Marble is joining in with a  Northern event exploring how you can get the most from the latest technology releases including Visual Studio 2010 and SilverLight4 and explore how Microsoft’s platform and tools bring together the clients, servers and services needed to build rich engaging applications.

During the afternoon, Black Marble will be bringing you Mix:Remixed – all the highlights from Microsoft’s web  conference in Vegas as well as Microsoft SilverLight Guru Jesse Liberty as part of his tour of User Groups throughout the UK and Ireland.  You can register here.

Why not come for the day?  Always great food, and great chance to interact with the experts!

Welcome to 2010 … and more great events from Black Marble!  The 27th January kicks off with our Annual Tech Update – a complete roadmap of all things Microsoft.  We will shine a light on the big releases of 2009, the highlights of Office and Visual Studio 2010, as well as the releases you might have missed.

The afternoon tackles Azure for the IT Manager and Decision Maker – what is the business value of Microsoft’s cloud offering? Is it the way forward for your business? Black Marble will be joined by Microsoft’s Simon Davies to explore how your business can benefit, and how the model will work for you.

The evening brings Social Media Expert Eileen Brown on board to discuss Using Digital Marketing and Social Media to Build and Maintain your Online Brand.

Come along and join us for our first event of the year … it’s FREE and the food is always great!

Black Marble hosted the Second Architecture Forum in the North, and was delighted to welcome back Matt Deacon, Simon Thurman and Simon Davies from Microsoft.  this time they were joined by Mark Richardson and Giles Davies from the Developer Tools team. 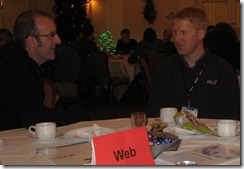 The theme of this year’s Forum was the Professional Developer’s Conference (PDC) that took place just two weeks before in Los Angeles.  Matt Deacon, Chief Architectural Advisor from Microsoft opened with the State of Nation.  Simon Davies was next up, exploring Azure – Past, Present and Future.  Simon was then joined by Black Marble’s Robert Hogg to discuss AppFabric.  Finally before lunch, Simon Thurman MC’d the Web Session introducing Black Marble’s Leon Nightingale (SilverLight 4), Barry Wimlett (MVC) and Rik Hepworth (SharePoint 2010).

Lunch was a lively affair with round table discussions taking place over Turkey and Stuffing sandwiches and mince pies! 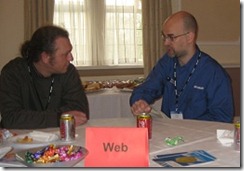 And another lucky attendee walked away with an XBox!

Plus don’t forget to register here for our preview of Office 2010 and here for Richard Costall’s SilverLight 3 presentation.

Find out what Black Marble is up to on Twitter.

The second day of Black Marble events is an exploration of the forthcoming Office 2010 and SharePoint 2010.  Black Marble’s presenters will be fresh from the SharePoint Conference in Las Vegas, bringing you what’s new and exciting.  With everyone keeping tightlipped about the features of these new releases, be among the first in the UK to hear what’s coming … from our speakers’ own hands-on experience.

Plus, the evening session sees the return of Richard Costall presenting on SilverLight 3.  Always entertaining and educational!