Several years ago, for the launch of Windows Phone 7, we built a game based on work we did on helping teaching AI with .NET.

o7 was born.  A great game, and now it is back in glorious UWP for Windows 10.

Try it out and let us know what you think. 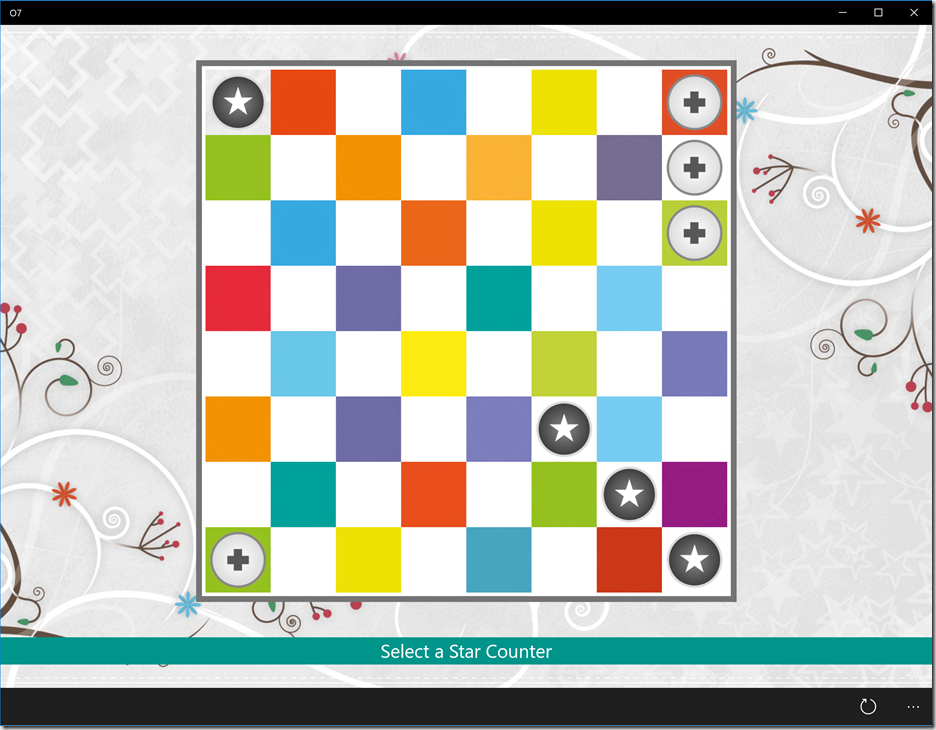 One of the things I showed at NDC was a Raspberry Pi 2 with a FEZ Cream Hat (I know that sounds just so wrong, but that is its name). The FEZ Cream offers Gadgeteer ports out of the Pi, which is just awesome. What this means in reality is you get objects to program against not ports and lines which is mush easier; for time, teaching children and me.

Not all gadgeteer modules are supported, mainly those that either are already on board the Pi or dont make sense (display,sd card,wifi etc), but all the ones you want are.

Development is done in Visual Studio inside a UWP application. I think this key point of the application is a C# / XAML application which is retargeted for the Pi by selecting ARM instead of x32/64. I will do a video as a follow up.

Everything you need can be found in the FEZ Cream Developers’ Guide.

I bought mine from Generation Robots http://www.generationrobots.com/en/

Here is a rough walkthrough of building and running an app on Windows 10 IOT core on a Pi, video to follow

Set the package name in the packaging section of the package.appmanifest, so when you select it from the portal it is easy to find

Remember to shut the device down.

NDC London 2016 Talks (Videos not up yet, will update as soon as they are ready)

I had a great time at NDC 2016. It was a very well organised event, everybody enjoyed the event, content and the food.

Huge thanks to the great and efficient organisation by the NDC team.

Also thanks to the great people with clearly great taste who attended my talk.

I am separating the post into a few areas so I can keep updating them without people having to read long lists and work out what has changed.

The Windows 10 update has just been made available,

Make sure you have all updates before Installing. The Windows team have especially highlighted

as a patch to have installed before you update, i.e. if you don’t the install will not work as expected.

if you want the ISO’s look here http://windows.microsoft.com/en-us/windows/preview-iso

I have been running Windows 10 on my pro 3 since the preview was first available. Truth being told there have been at least two occasions where taking it off seemed to be the best option but in both cases updates fixed the problem.

Being a developer I don’t always think before upgrading to new technology but in general it works out well as it has in this case.

To lay my stall out I like Windows 8, the concepts of live tiles, applications exposing search APIs etc. was/is a genuine change for the better, having taught developers the ins and outs of Windows 8 more and more I realise how good the concepts are. Windows 8 is a step change, unfortunately the press who slam Microsoft for not changing and when they do slam again seem to be winning out.

But Windows 10 is keeping most of the key features and hopefully integrated application search will come back.

Updates have been coming roughly every month with a break for December.

A  change, Windows 8 applications on the desktop, An enhanced start menu showing the Windows 8 tiles, a great snap feature for windows and virtual desktops. The app commands is now an icon on the title bar.

The dreaded broken release with thousands of fixes, the ability to choose the speed of updates you receive. crucially a fault in the XAML renderer (guess) caused most Windows 8 applications not to start. Notification centre is in but not working to any level.

The app command bar has turned into a 3 bar icon (hamburger!!!!) in the top left of the window and now works very well

The notification centre now works like a dream and in very useful.

There is a significant update to OneDrive which once finished works well, but the update is not good and involves recaching everything, you can now choose which directorys to cache but not until the cache has been updated (oops)

The User experience has improved considerably, in window dialogs,

A new feature is gestures on touchpads

The Pain in the Ass Features

As each drop is in effect a new version of windows, 7-8-8.1-etc you are more often than not presented with the “you don’t know how to use windows” helpful hints.

So How is the Surface Pro 3 coping?

Well after 9879 it really has sprung into life and it works well, I had a few problems with the surface pen on the 9860 drop but all is ok now.

There has been a firmware fix as well for the surface, as both arrived at the same time as build 9879 (ish) it is hard to determine which had the bigger effect.

The main issues are the great UX metaphors from windows 8 are being down played., but I expect to see this fixed in the new year releases.

What am I looking forward to??

Continuum, due to the nature of the Surface 3, setting either windows 8 mode or start screen exclusively is not helpful, but with continuum we should get windows 8 becoming more adaptive to use i.e. if it is tablet mode we see one view, with a keyboard another.

Windows 10 is the step change that Windows 8 needs, it is missing as ever good guides on use and in the new year after the next drop I will endeavour to get some written

for most users I would wait until end of April 2015 (post Build), but if you are a dev or IT pro with enough experience it is most definitely worth the effort