Due to the unusual circumstances of 2020, the 15th Developer!Developer!Developer! Day will take place virtually. That means no catering or venue costs to meet, costs that are usually met via sponsorship, as we keep the cost of entry free. And I’ll be covering any incidental costs incurred.

However, we are still looking for support and sponsors, with the aim of using the funds to support TNMOC (The National Museum of Computing) – it’s a tough time for TNMOC right now, and they do such great work preserving our industry’s heritage, we wanted to make sure we put something back. So if your organisation would normally sponsor DDD, please consider making a donation, it would be deeply appreciated. Or if you are a member of our community who wants to support the museum, please do so here: TNMOC.

We had planned to run a DDD in October, but due to illness, this didn’t happen (we are all well now, phew!). With Christmas so close, hadn’t expected to have time to run a DDD, but with the world being as it is, we wanted to do something to bring some cheer to the Dev and IT community.

Therefore we are running DDD (virtually) on 12th December! We are still formalising the details, but wanted to get the message out there, and looking forward to all the submissions!

Since opening up the Call for Papers on Sessionize yesterday, we already have 12 sessions from 9 speakers! Thank you all so much 😀

I am super happy to announce that DDD North 2019 is Go.

Submissions for sessions is open now on the DDDNorth site http://www.dddnorth.co.uk/

Please submit a session and build an amazing developer day

The Amazing people at Hull University have arranged the venue and we will be shortly announcing call for sessions and dates for ticket availability.

So as there has been some issues with submission, and because we are still keen to drive some Designer sessions to DDD 13, we have decided to extend the submission deadline for 1 week, to the 16th May.

Please take this opportunity to get some great content in there, so we can build the best DDD we can.

DDD is winging its way to Reading in June, We already have some great sessions submitted but it would be great to get even more. If you have something to say we would love to hear it.

Also we are still looking for designer orientated sessions.

If you are a new speaker let us know and we are trying to get some speaker mentoring and presentation training organised before the event to help you shine on the day.

So if you are a new speaker and you are accepted we will contact you to see if you need any assistance.

I look forward to seeing you all in June

After last year’s successful reboot, DDD is back in Reading for its twelfth outing, on Saturday, 10th of June.

Again DDD is free for all to attend, thanks to some great sponsors – and if you would like to be considered, please email ddd@blackmarble.com.

Our aim is to make DDD accessible to all, making it free is key to this but also leaves us limited budget for the nice to haves but we will always try.

I would love to see new speakers and new topics in the DDD line up, so please submit a session.  I’m afraid we can’t cover your costs, but so many great speakers have come out of DDD, many of them prized on the International Developer conference circuit. 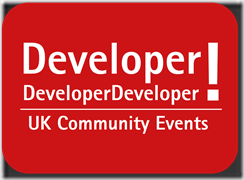 Yesterday was the ever great DDDNorth. Huge thanks to everybody who came,helped, spoke and organised a great event, what a great bunch of people.

I must also thank the University of Leeds for their support in providing accommodation for the event.

A greater bunch of people where the self selecting bunch who came to Iain and my talk “The Internet of Things ,Thought about it? Now try it.”.

Thank you to everybody who came and congratulations to the people who won an Intel Galileo kit.

After feedback we will be running a follow up session in the next few months, I will be posting information on ISS as soon as I can.

Here is the main link for running Windows on Devices

For a sneak peek at ISS

To Help get Windows running on the Galileo Devices

I would like to thank everybody who attended my talk and especially those who were kind enough to provide feedback ( good and bad ). The only downside was my Quadrant demo did not work too well as it was running especially slow and I did not demonstrate half of what I had intended but it turned out that my laptop had decided to run in extra slow power saving mode!!!

As promised I will be maintaining a canonical list of Oslo resources , papers , links and videos to help everybody move over to Oslo and I have promised to get some videos up within the next few weeks to a month on some of the key areas ( including the demo’s ).

The good feedback was mainly from people who are working in similar fields to DSL’s etc and could see the potential of the DSL side. from the other side it seemed to be mainly why was Oslo not Object Orientated, I had been quite careful in preparing the talk to try to cover this in some detail and so I will be posting soon a “Why Oslo is Relational” post.

I must thank Alan Smith from bloggersguides for a couple of slides and concepts that helped me shape how I presented Oslo (including but not limited to the 3 Dubs) and the ever enigmatic Doug Purdy, whom I have been fortunate to see present on Oslo several times over the last few months, for some good solid inspiration.

And finally I would like to thank Marjan Kalantar who provided the giveaways for the talk, which were gratefully received by the audience.

last of all the important links

The video I streamed was from www.modelsremixed.com

I would highly recommend a visit to the site of the ever wonderful Alan Smith www.bloggersguides.net

well it is a testament to the strength of the developer community that only hours after being open for registration DDD7 is now full. there is a waiting list and if you are at all keen on development I would urge you to add yourself to the wait list as this will greatly increase your chance of seeing me present on Oslo 🙂