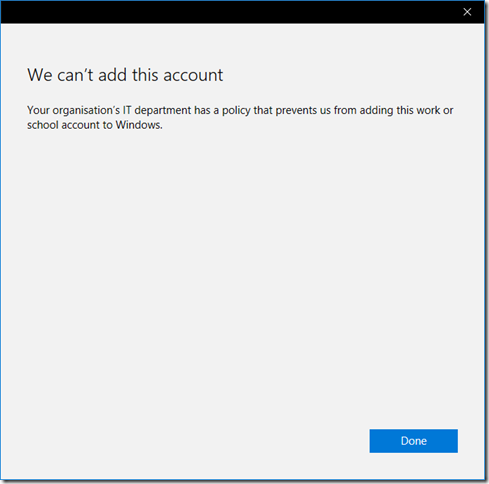 The full text of the error reads

Initially we looked at whether recent policy changes had in fact impacted the ability to add a work account to a Windows 10 device, but were not seeing anything that appeared to impact this. We had other users who were receiving new PCs that were unaffected and had the same policies applied to them. In addition, nothing was showing up in the event viewer folder for Workplace Join on their machine when attempting to add the account.

Realising that the machine had just been reimaged, we checked in Azure AD to view the list of devices. The following is a screen shot for a different device ID, however this was similar to what we saw:

As can be seen, there are multiple instances of the ‘same’ machine. In each case, the machine has been reimaged and then had the work account added. In each case, Azure AD has obviously assigned a new device ID, hence what appears to be multiple copies of the same machine registered.

Once we’d deleted a few of the ‘old’ machines from the list, the user was able to successfully add their work account to the device.

There are a couple of potential solutions in our scenario: 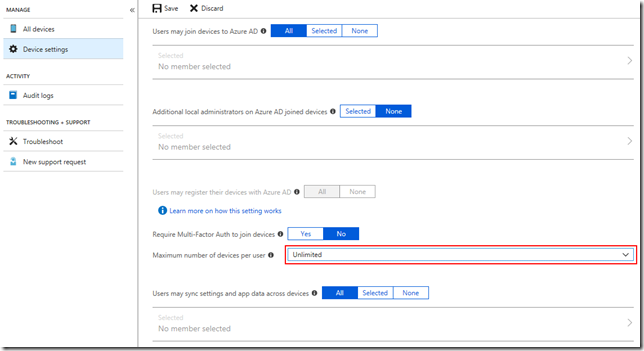